The first question as advisors to foreign investors that we are asked is what corporate structure to use in Romania. Below is a brief summary to help those who are considering investing in Romania.

Romania has two main types of registered companies. These are a Limited Liability Company referred to as a SRL or a company limited by shares, commonly referred to as an SA. For this blog, I intend to concentrate on the position of a SRL.

A SRL is a company that operates with the minimum of formalities. When it was originally envisaged it was to be used by small or family business. However, it was found to be a useful entity for all business and is now the predominant corporate vehicle in Romania. It is used for many businesses where the requirements of a company limited by shares is not required and it avoids the high capital of a company limited by shares. The minimum share capital of an SA being the RON equivalent of twenty-five thousand Euro. It should be noted that some types of companies must be SA such as banks and leasing institutions etc.

Management
A SRL is managed by the General Assembly of the social parts holders. It is this body which makes the decisions for the SRL as to investments, budgets, and development of the SRL’s business. The General Assembly appoints the administrators, who if more than one form a board of administration. The Chairman of the Board is designated the “General Director” and he/she represents the company in front of third parties. It is the duty of the administrators to implement the decisions of the General Assembly. It is not their function to make decisions as to the company’s business outside the business plan approved by the shareholders unlike UK or US companies.

If there is only one social part holder then the powers of the Board are vested in the sole shareholder and decisions are deemed to have been made as though they are the decisions of a General Assembly.

General Assembly Meetings
All meetings of the social parts holders are General Assemblies. The Annual General meeting must be held at least once a year.

As mentioned previously the supreme decision-making body of a SRL is the General assembly. Its role is to:
1. Approve the financial situation of the company and the allocation of the net profit;
2. Appointing and revoking the administrators and censors;
3. Contracting the financial audit;
4. Modifying the Deed of Association; and
5. Instituting any legal proceedings against the administrators and censors if they have caused damage to the company.

Voting
Normally, a majority of the Social Parts owners and a majority in number of the Social Parts must vote in favour (Double majority). This provision can be varied if the statutes of the company are amended to reflect this. However, the following provisions for example cannot be amended as they are set out in the Companies Law (Law 30/1990 as amended),
where for the transfer of social parts the holders of three-quarters of the social parts must vote in favour of such transfer and that the statutes of the company cannot be changed without the unanimous approval of all associates. Considerable care must therefore be taken regarding the allocation of the social parts unless it is a one shareholder SRL.

Censors
Censors are appointed to review the financial position of the company in addition to auditors. A SRL does not need auditors. One or more censors can be appointed. If there are more than fifteen associates, then the appointment of a censor is obligatory.

As a successful law firm in Romania these questions are those which come up at the first meeting. As will be noted the Romanian system is simple and easily understood at first glance. The law has developed since 1990 when the original law on companies was passed. and therefore, it is important to get Romanian legal advice when deciding on the corporate form to have in Romania. A clear understanding is important.

The above is not exhaustive but is an outline only and for more detailed advice please contact me. 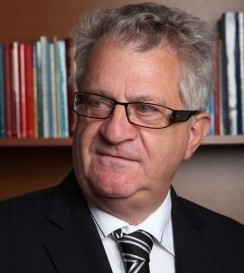